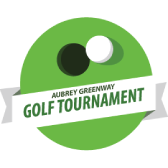 Seeing a need for a community fundraiser, Roswell Rotarians Frank Brown, Judge Maurice Hilliard and former Mayor of Roswell Aubrey Greenway began a golf tournament in 1978. The first tournament, raised $3500 for charities in the North Fulton community. While the tournament initially started as a Rotary event, it has grown into one of the largest 100% volunteer community fundraisers . Today, the golf & tennis tournaments continue to support charities in North Fulton and generate close to $200,000 a year. The tournament attracts large and small business sponsors and individuals in North Fulton looking to make a difference in the areas in which they live and do business. The tournament was named after Aubrey Greenway, after his death in 1991. Aubrey was a dedicated local businessman, civil servant and Roswell Rotarian. Thanks Aubrey!

Join over 200 golfers on the beautiful and challenging Brookfield Country Club course for the Annual Aubrey Greenway Golf Tournament. 2 flights of golfers will take to the links for bragging rights and a chance at some special prizes.

We have a wide variety of opportunities to participate in the tournament with options for every budget. We hope to see you on the course!